P.Lankesh (1935 - 2000) was a famous poet of modern Kannada literature. He was a great short story writer, novelist, playwright and journalist. In his lifetime he won Central, State Academy and National awards.

Idea of the poem

As above expressed here mother was not only Lankesh's but also poor farmer families mother. We can call her our mother when we enter the poem she was poet's mother as we thought. When we complete the poem. She becomes everyone's mother.


In the first stanza, the poet uses metaphor to tell show how highly productive and strong his mother is. He uses black, prolific earth, green leaf ,a festival of white flowers and many metaphors.


He says, her limbs thrilled to children's kick. We have a theory in science that every action has it's own response. For ex; we throw a ball to a wall, it bounce back at the same speed. Here we can understand beyond that, that she thrills towards the kick of her child never gives back at the same speed, this is not science not calculation this is the love of mother, this is what we call literature.


In the second stanza, poet gave some example how mother was strong and productive, she raised a hundred measures of millet, swilling water to each clod, she ploughed with her hands. She watched over the field, spending her youth in a tatter of sarees. 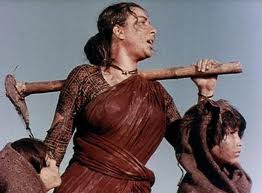 In the third stanza, appearance of mother was expressed she was ugly woman with bent double. She prepared sugar bread for many years in the festivals. Many times she wept for coin , for dead calf, ruined. Many times she roamed the villages for some ancient run away buffalo.


In the forth stanza, poet compares mother with many personalities. He shows how unique she is. She was no Savitri, Sita, Urmila, heroine out of history books and not like wives of Gandhiji and Ramakrishna.


In the fifth stanza, poet gave some examples of animals and compares with those to mother to show, how she saved her family and cared her husband, brought up her children. He compares with wild bear, hurt bitch, and monkey, at last he told her rule,Whatever raises a family


In the last stanza, if son went wild or husband elsewhere, she has no need of the Gita. She lived for stick, grain, labour, babies,rafter over her head, at last poet becomes emotional and gave admiration, tears, thanks for bearing and rising them. Lying down basket on her head, as if leaving home for the fields, she passed away. 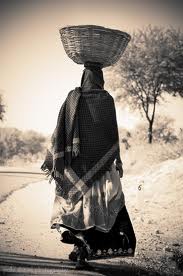 Some sayings about mother

A story which reflects the greatness of a mother

Once there was a mother. She lost her husband soon after marriage. She had a male child she brought him up very well with working hard. Son went wild. He tried to kill her brutally and when he was going with her body as he thought she died. He was seen by some neighbours, they all came and started beating him. At that time his mother's heart jumping and jumping towards them. It was seen as if “don't beat my child, don't beat my child. At that time of death also mother was a well wisher of her son.