This note can be used as reference by teachers from class 8th to 10th. The note contains hyperlinks which will redirect you to other pages which need to be accessed while you are connected to the Internet.

Text of the poem

Lightly o Lightly, we bear her along,
She sways like a flower in the wind of our song;
She skims like a bird on the foam of a stream.
She floats like a laugh from the lips of a dream.
Gaily. O Gaily we glide and we sing,
We bear her along like a pearl on a string.

Softly, O softly we bear her along,
She hangs like a star in the dew of our song;
She springs like a beam on the brow of the tide,
She falls like a tear from the eyes of a bride.
Lightly, O lightly we glide and we sing,
we bear her along like a pearl on a string.

Idea of the poem

Palanquin bearers is a melodious poem. The poem describes the scene of a bride being carried on a palanquin. The poem generates images of royal wives being carried on a palanquin to their husbands house. The men who carried the palanquin felt that their job was special and did it with much happiness. The similies in the poem point to the fact that the men did not feel that their job was tiresome. Some examples of the same are, 'Softly, O softly we bear her along', 'She hangs like a star in the dew of our song' and 'Lightly, O lightly we glide and we sing'.

Palanquin bearers is melodious and one of the most appealing poems of Sarojni Naidu. The poem describes the beauty of the bride while she is being carried in a palanquin. We are reminded of one of the ancient customs of carrying royal brides in India in decorated carriages to their husband’s home. Occasionally, the men of the royal families would travel on horseback along with the bride. The men who carried the carriages were happy about their work and believed that they had a distinguished job. They did not feel their job burdensome.

The poem is written in such a way that one can see and feel as if the palanquin is moving. The poet brings in so many images describing the movement. The words she has used seem to have a magic touch. In short we can say that the liberal use of imagery mainly similes make the poem a pictorial delight.

The poem creates an imagery of a moving palanquin through the use of similes.

The poem is being sung by the palanquin bearers, who have got the esteemed job of carrying the bride while carrying the palanquin on their shoulders. She sways with the movement of the palanquin, just like a flower sways in the wind. She is so light that they compare her to a bird that skims on the faming froth of a stream. She is ethereal, just like a tender laugh that energies from the lips of a person. The palanquin bearers are happy to carry the light weight bride and they sing along. The bride within is compared to a beautiful and precious pearl on a string.

The palanquin bearers further describe the delicate and tender bride, saying that they carried her softly on their shoulders. The bride is compared to a star that is reflected in the soft dew drops. She is so brightly clad that she appears to be like a shining beam of light that is reflected from the surface of waves. Yet, at the same time, she is so tender and delicate that they compare her to a gentle drop of tear that falls from the eyes of bride (here, we get a picture of the bride crying softly, as she leaves her loved ones, to start a new life). The palanquin bearers sing happily, as they smoothly carry the palanquin bearing the bride, so that she would not feel the journey, strenuous.They carry her along as if she were a precious jewel writing to be possessed by her husband.

Context of the poem

The theme of the poem "palanquin bearers" by "sarojini naidu" is to reflect about the Indian marriages and their cultures. The poet has deliberatory used the contradictory feeling of laughing and weeping. The bride is sad and is crying as she is separated from her family. But simultaneuosly she is also overjoyed as she is starting a new family.

In Indian culture earlier woman were considered as a burden. But when the palanquin bearers carry the bride as she is married they feel no burden because of the ecstatic environment. in older times each and every parent wanted to get their daughters happily married. Carrying a palanquin of a bride was considered as a privilege.

Sarojini Naidu was born on February 13th 1879 in Hyderabad. She was a political activist and played an active role in the freedom struggle of India. She was the first Indian woman to become the president of the Indian National Congress. In 1947 she became the governor of the United Provinces (U.P.), a position she retained till her death in 1949. Apart from her political career she was also an avid poetry writer. For her beautiful poetry she has been lovingly called The Nightingale of India. Some of her major contributions are The Golden Threshold and The Bird of Time. In 1914 she was elected as fellow of The Royal Society of Literature. Her collected English poems have been published in The Sceptred Flute and The Feather at the Dawn. Its a poem based on the royal bride who is on her way to her husband's house on a palanquin. She has mixed feelings about everything. The bearers do not feel the burden of the bride and think that she is very soft tender and delicate. They feel no pressure of her. The poem presents a beautiful combination of various similes, it provides a very delicate image of the royal bride in the minds of the readers.

A Song for my Daughter by Ray Allier is an English song which conveys the same emotions as Palanquin Bearers. It is a dedication by a father to her daughter on the day of her wedding.

The song can be accessed from:

Pictures/ video clips are an interesting way of assisting students to comprehend a poem. A picture helps in creating a visual memory and can also help in understanding new words.

Palanquin Bearers: Verbs from the poem

Sways: Move from side to side

Floats: To remain on surface without sinking

Glide: To move in a smooth manner 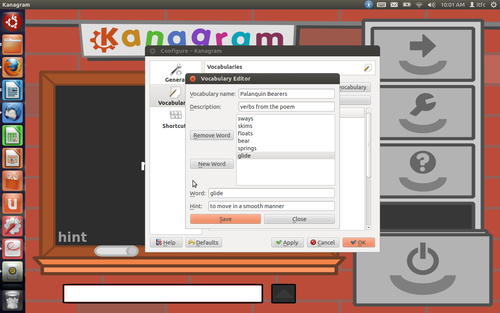 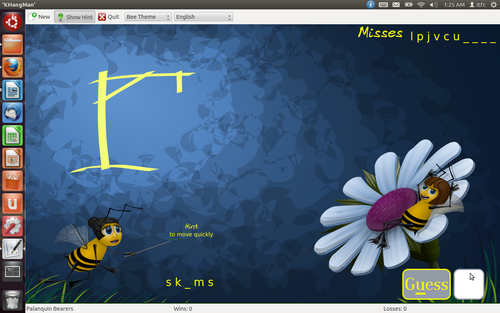 Word list created on Kanagram can be accessed from Khangman

A figure of speech is the use of a word or words diverging from its usual meaning. It can also be a special repetition, arrangement or omission of words with literal meaning, or a phrase with a specialized meaning not based on the literal meaning of the words in it, as in idiom, metaphor, simile, hyperbole, or personification. Figures of speech often provide emphasis, freshness of expression, or clarity. However, clarity may also suffer from their use, as any figure of speech introduces an ambiguity between literal and figurative interpretation. A figure of speech is sometimes called a rhetorical figure or a locution. To know more click http://en.wikipedia.org/wiki/Figure_of_speech

The ones which have been used in this poem are:

Use of similes in the poem:

Use of alliteration in the poem:

Videos can be used in the classroom to demonstrate effective reading strategies. A poem can be read out with emotions, voice modulation and dramatic effects by the teacher. Some poem recitations are available over the Internet too. A few links to the same are:

Ask the learners to write a short paragraph using the hints given below.